But where??? Comment your guess. (If you already know where we are, please don't reply). 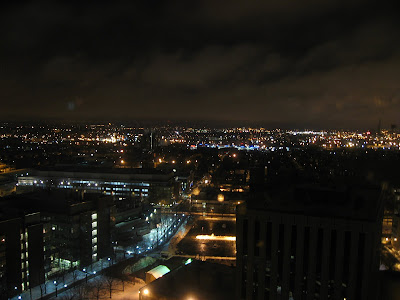 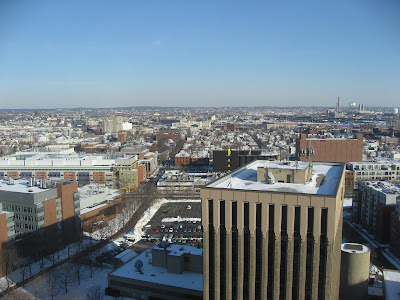 Our little guy turned six months old! He is such a great boy and such a joy to be around. Everyone that sees him gets a glimpse of him and his smile just gets huge. His little personality is starting to come through. He loves to smile and even gets a little shy when seeing someone giving him a smile.

Nolan's stats
16 lbs
26.5 in long
16.25 head
Trying really hard to crawl. We expect it to be soon! He gets up on his hands and knees, and while trying to push falls on his tummy and then wiggles like a turtle.
First sickness - Chest congestion started on his 6 month birthday, got a slight temp, and at the doc she noticed he had an ear infection! Boo! The doc was surprised because he sure wasn't acting like he had an ear infection.
He loves to bounce!
Mommy has found another tooth. She lost count, but maybe 5 or 6?
He is grabbing for the cats, but they don't like their fur to be pulled :)

Nolan's first airplane trip is coming at the end of the month, but more on that later. Luckily it is only a two hour flight and non-stop to our destination. 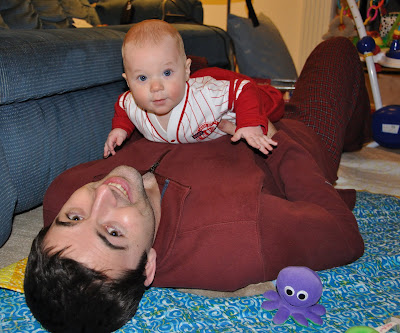 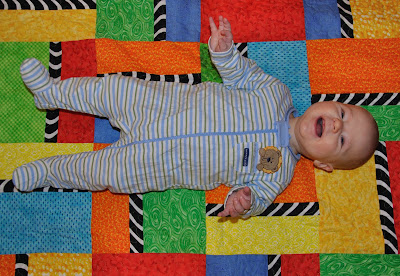 The First Week is Over

This was Nolan's first week at daycare. He did great; mom and dad, not so much. He is good at keeping himself entertained and doesn't mind all the different helpers that come in to play. He has ate and slept well there too. Mom and dad had a pretty sad week. Everyone says it gets better, but after a week I don't feel much better about it. We won't rush to any decisions, though. We will give it at least a month. The Phillips Family may have some changes coming in the future which is why we won't rush to any decisions here as they may work themselves out.

Nolan turns six months old tomorrow and we are hoping to make it to the Fort tomorrow to visit family. If not, we will have some fun here while we update his baby book with pictures and his milestones.

Now that I have been back to work for a week, things are extremely busy. I have been trying to accommodate everyone since I have been gone, but that means I didn't say no much this week. My to-do list got a little too big, but I should be able to get it under control by the end of the month.
Posted by Chris at 3:00:00 PM 1 comment:

Email ThisBlogThis!Share to TwitterShare to FacebookShare to Pinterest
Labels: Nolan

Happy New Year everyone. Nolan has been jumping a lot lately so for Christmas we got him an activity center that he can also jump in. Just yesterday, he really figured out how to make it go. Check out the video.